The Southern Sinatra from Louisiana 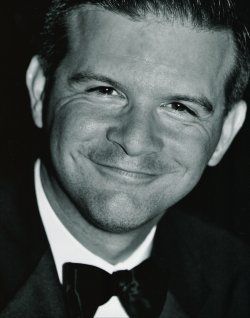 From singing in the shower to performing sold out shows with the Nelson Riddle Orchestra, Ned Fasullo’s dream of Big Band Entertainment not only came true, but became a success.

In 1999, after months of singing in the shower, Fasullo began performing in Italian restaurants with the Bryant-Giles Group, a local jazz group. His first gig with the band was at the old Maggio’s Restaurant. After a year and a half of singing with the band, Fasullo decided to part ways and start working on a new project, Big Band Entertainment.

He realized there was a shortage on big band in the music industry in Baton Rouge and New Orleans. Seeing the opportunity to capture an open market, Fasullo decided to form an 18-piece band. “I found 17 guys in about a week. I new that was the maximum I would need at the time,” he explained.

Created in early 2000, Big Band Entertainment now employees between 30 to 50 musicians, and offers anything from a jazz pianist to a 32 piece orchestra including strings. “Most of the musicians have full time jobs. We have professors, executives at Merrill Lynch, teachers, retired music educators. People from all walks of life,” said Fasullo.

Based out of Baton Rouge, Big Band Entertainment provides performers for various venues, as well as private and corporate events, and has clients all over the country. Starting with small public venues like restaurants, people then began approaching them regarding weddings and corporate events, which increased their need for musicians. They have enough musicians on hand now to provide entertainment for more than one event on any given day.

If anyone in the crowd is hoping to dance to “Brown Eyed Girl,” they better go find another band. The musicians of Big Band Entertainment specialize in big band and jazz music from the 1940’s to 1960’s, including Sinatra, Martin, Darin, etc., and do not veer away from their genre. “I want to cater to an older crowd who is looking for this type of entertainment,” explained Fasullo.

The company’s marketing and advertising began as a grassroots organization passing out flyers and hanging posters in local stores to promote their shows in the early days. While they created an impressive fan base, the success of Big Band Entertainment really sky rocketed when Ned’s wife Kelly Fasullo took over the operations of the company. “She took her spare time to manage the incoming requests and create relationships with clients and turn Big Band Entertainment into the company it is today. She took it into the direction that we would have never gotten to on our own,” Fasullo explained.

Big Band Entertainment now has an email base of over 13,000 people in Baton Rouge alone.

From the beginning Ned Fasullo was dedicated to the success of his creation. He explained, “I went after as many high profile deals as I could. It was in 2002 that we got a call to do the Christmas tree lighting for the North Boulevard Festival of Lights downtown.”

The tree lighting is a gig the band looks forward to every year. They also performed for the New Years Eve show at the Manship Theatre. Gigs the company always looks forward to are those at local venue Phil Brady’s, which occur four to five times a year. Due to space constraints, a nine-piece band plays, and the venue always sells out. “Joe Hall is always accommodating, allows us to perform a non-smoking show and clears the floor for dancing. Generally when we play, everyone dances,” said Fasullo.

In addition to the current success, Ned Fasullo and the others at Big Band Entertainment are highly anticipating 2007. The company is adding “Hugo & The Mojito Kings” to their roster. Fronted by Big Band Entertainment vocalist Hugo Andricain, the group will perform Latin dance tunes similar to that of Desi Arnaz. This will allow Big Band Entertainment musicians to perform in a whole new realm of venues and to new audiences. Additionally, Fasullo plans on working hard over the next few years on creating new arrangements of popular tunes to both perform and record.

The company is also introducing a new vocalist Mike DiResto who specializes in the sounds of Tony Bennett and Michael Buble’. With the new additions and more emphasis on Mary Beth Broussard, also known as the Jazz Diva of Baton Rouge, Big Band Entertainment looks forward to its most successful year thus far. Broussard began performing with the company in 2003 as a regular member in the Fabulous Big Band Orchestra and the Fabulous Jazz Band combos.
Those who have not had the pleasure of being entertained by any of Big Band Entertainments musicians should keep an eye out for up and coming performances at www.bigbandentertainment.com