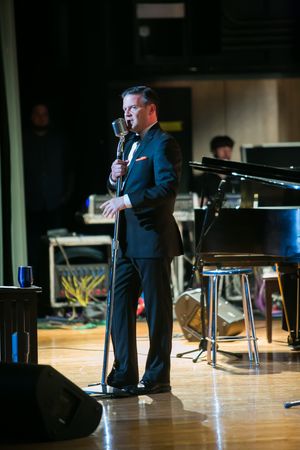 No one singer has embodied the feeling, persona, energy, and stage presence of the great crooners like vocalist Ned Fasullo. His interpretation and delivery of classic American standards are second to none and constantly keep audiences begging for more.

Audiences from coast to coast constantly compare Ned's look and style and phrasing to the Frank Sinatra, Dean Martin and Bobby Darin of the '50s and '60s at their career highs and swingin' best. Whether Ned is performing in a small intimate setting with a few jazz musicians or going all out with his 16-piece big band orchestra, you can bet on a swingin' good time.

It is because of his style and natural stage ability that he was chosen in 2003 to be the touring vocalist for the "Salute To Sinatra" show from Florida Pops Entertainment, backed by the Nelson Riddle Orchestra, now directed by Nelson's son Christopher Riddle. Since 2003 Ned has performed to sold out shows all over the country performing some of Sinatra's and Riddle's biggest and best arrangements.

In 2006, Ned signed on with the “Variety Show for America” group which tours the southeast United States recreating a true variety of entertainment for everything from magicians, comedians and Chinese acrobats to fronting the house big band for stirring renditions of the hits of Dean Martin and Bobby Darin. Since then, he and his Fabulous Big Band Orchestra have performed for Governor Bobby Jindal’s Inaugural Ball, Junior League of Baton Rouge's Hollydays Preview Gala 2005 and 2009, The LA Arts & Science Museum Annual Gala from since 2003, The Lighting of the City of Baton Rouge's Christmas Tree Festival of Lights every year since 2002, and countless other galas and fundraisers, big and small, as well as having performed in Los Angeles, and cities in 7 other states

In July 2010, Ned made his New York City debut headlining at the legendary Feinstein's Supper Club at the Loews Regency Hotel and performed in Boca Raton, Florida for the FIS Global Executive Summit that same September. Ned’s collection of authentic music charts encompass everything from Sammy Davis, Jr., Bobby Darin, Tony Bennett, Frank Sinatra, and Dean Martin. It’s the authenticity of the performance and the sound of the music that makes his shows so much fun for the audience when performed with a full big band orchestra.

Ned also regularly produces and performs shows with his own band the Fabulous Big Band Orchestra as well as performing in smaller venues with smaller jazz bands. Whether in clubs performing for the public or donating his time and services to local non-profits to raise money through music, Ned is always building a bigger, better show for the fans!

Ned's style of singing, call it swing or call it crooning, is the continuation of the "art" now carried on by other notables such as Harry Connick, Jr., Tony Bennett, Michael Buble' and others. Popular singing of great American standards is one form of entertainment that never loses an audience and is always in style and Ned is sure to continue to make his mark on audiences around the country for years to come 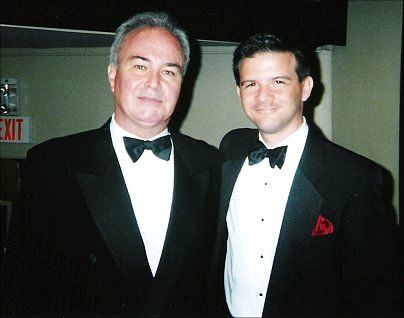